As promised, here are some progress pictures of the saddle I am nearing completion on. 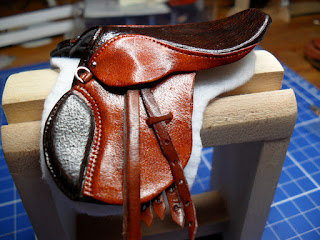 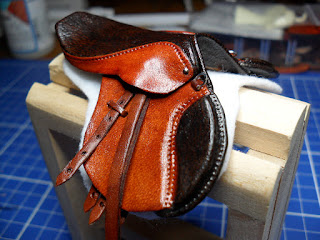 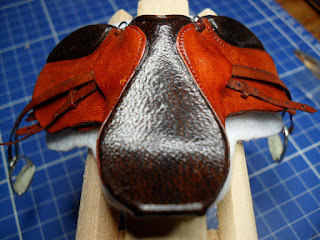 Now, you may think that this saddle looks an awful lot like another one I just finished, and you would be right. Here are the two side by side, the new one is larger with a longer seat. 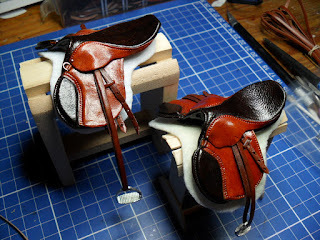 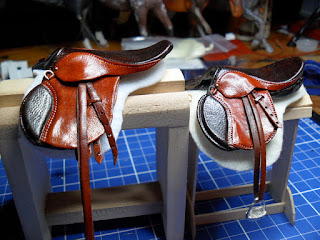 Today I checked my mailbox twice and was rewarded the second time, with my MEPSA Halter show results! I show in the novice division and this is my second year in the division even though I have only entered one show before. No matter, entering the novice division is a great way to get into photo showing even if you are lazy like me. This season, I have planned to be dedicated to entering at least all of the halter shows, and hopefully some in performance. I was surprised when reading my results to find that my OF Valentine, whom I named YBA Laurus Nobilis (latin name for Bay Laurel), won Reserve Grand Champion! 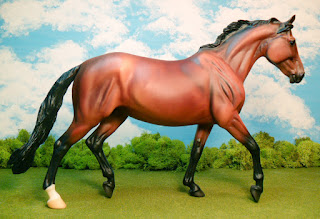 I'm pretty excited since this was my second photo show. I also took some before and afters of Fallon's feet after I trimmed them yesterday, here are the results of our first trim: 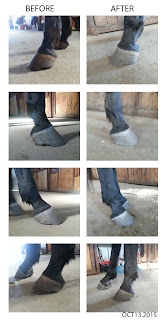 I started a new saddle in a style that I haven't tried before and I'm almost done another english close contact, progress pics tomorrow!
Posted by Unknown at 17:50 No comments:

I have not disappeared, I was just busy this week taking a farrier course at the beautiful Griffin Valley Ranch. 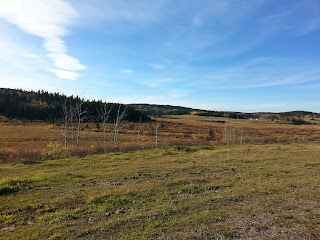 It was a simple 3 day barefoot trimming course and I learned a lot! I have always wanted to learn and the instructor was a great teacher. I will be trimming Fallon's feet later this week, I will post some before and after shots. I have been able to make a little progress on saddles this week though, including some work on this larger Traditional black and tan saddle that will be for a trade: 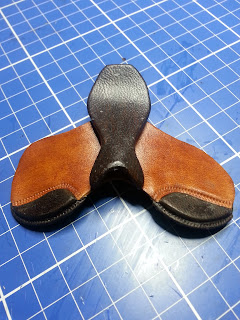 Things to comes are: finishing the working western saddle I started, an eventing saddle, and a saddleseat saddle.
Posted by Unknown at 10:45 No comments: